Included with this article are various videos further elaborating upon the conclusions resulting from this study conducted by NASA. In essence the study reveals that there are numerous benefits to our health, and even attitude to having indoor plants in our workplace and home.

Common indoor plants may provide a valuable weapon in the fight against rising levels of indoor air pollution. Those plants in your office or home are not only decorative, but NASA scientists are finding them to be surprisingly useful in absorbing potentially harmful gases and cleaning the air inside modern buildings.

NASA and the Associated Landscape Contractors of America (ALCA) have announced the findings of a 2-year study that suggest a sophisticated pollution-absorbing device: the common indoor plant may provide a natural way of helping combat “SICK BUILDING SYNDROME”.

Research into the use of biological processes as a means of solving environmental problems, both on Earth and in space habitats, has been carried out for many years by Dr. Bill Wolverton, formerly a senior research scientist at NASA’s John C. Stennis Space Center, Bay St. Louis, Miss.

Based on preliminary evaluations of the use of common indoor plants for indoor air purification and revitalization, ALCA joined NASA to fund a study using about a dozen popular varieties of ornamental plants to determine their effectiveness in removing several key pollutants associated with indoor air pollution. NASA research on indoor plants has found that living plants are so efficient at absorbing contaminants in the air that some will be launched into space as part of the biological life support system aboard future orbiting space stations.

While more research is needed, Wolverton says the study has shown that common indoor landscaping plants can remove certain pollutants from the indoor environment. “We feel that future results will provide an even stronger argument that common indoor landscaping plants can be a very effective part of a system used to provide pollution free homes and work places, ” he concludes.

Each plant type was placed in sealed, Plexiglas chambers in which chemicals were injected. Philodendron, spider plant and the golden pothos were labeled the most effective in removing formaldehyde molecules. Flowering plants such as gerbera daisy and chrysanthemums were rated superior in removing benzene from the chamber atmosphere. Other good performers areDracaena Massangeana, Spathiphyllum, and Golden Pothos. “Plants take substances out of the air through the tiny openings in their leaves,” Wolverton said. “But research in our laboratories has determined that plant leaves, roots and soil bacteria are all important in removing trace levels of toxic vapors”.

“Combining nature with technology can increase the effectiveness of plants in removing air pollutants,” he said. “A living air cleaner is created by combining activated carbon and a fan with a potted plant. The roots of the plant grow right in the carbon and slowly degrade the chemicals absorbed there,” Wolverton explains.

You can use plants in your home or office to improve the quality of the air to make it a more pleasant place to live and work – where people feel better, perform better, any enjoy life more.

TOP 10 plants most effective in removing: Formaldehyde, Benzene, and Carbon Monoxide from the air 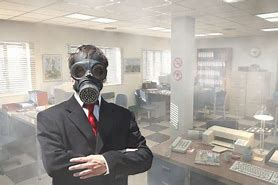 Trichloroethylene (TCE) is a commercial product found in a wide variety of industrial uses. Over 90 percent of the TCE produced is used in the metal degreasing and dry cleaning industries. In addition, it is used in printing inks, paints, lacquers, varnishes, and adhesives. In 1975 the National Cancer Institute reported that an unusually high incidence of hepatocellular carcinomas was observed in mice given TCE by gastric intubation and now considers this chemical a potent liver carcinogen.

Benzene is a very commonly used solvent and is also present in many common items including gasoline, inks, oils, paints, plastics, and rubber. In addition it is used in the manufacture of detergents, explosives, pharmaceuticals, and dyes.

Benzene has long been known to irritate the skin and eyes. In addition, it has been shown to be mutagenic to bacterial cell culture and has shown embryotoxic activity and carcinogenicity in some tests. Evidence also exists that benzene may be a contributing factor in chromosomal aberrations and leukemia in humans. Repeated skin contact with benzene will cause drying, inflammation, blistering and dermatitis.

Formaldehyde is a ubiquitous chemical found in virtually all indoor environments. The major sources which have been reported and publicized include urea-formaldehyde foam insulation (UFFI) and particle board or pressed wood products used in manufacturing of the office furniture bought today. It is used in consumer paper products which have been treated with UF resins, including grocery bags, waxed papers, facial tissues and paper towels. Many common household cleaning agents contain formaldehyde. UF resins are used as stiffeners, wrinkle resisters, water repellents, fire retardants and adhesive binders in floor coverings, carpet backings and permanent-press clothes. Other sources of formaldehyde include heating and cooking fuels like natural gas, kerosene, and cigarette smoke.

Formaldehyde irritates the mucous membranes of the eyes, nose and throat. It is also a highly reactive chemical which combines with protein and can cause allergic contact dermatitis. The most widely reported symptoms from exposure to high levels of this chemical include irritation of the eyes and headaches. Until recently, the most serious of the diseases attributed to formaldehyde exposure was asthma. However, the Environmental Protection Agency (EPA) has recently conducted research which has caused formaldehyde to be strongly suspected of causing a rare type of throat cancer in long-term occupants of mobile homes.